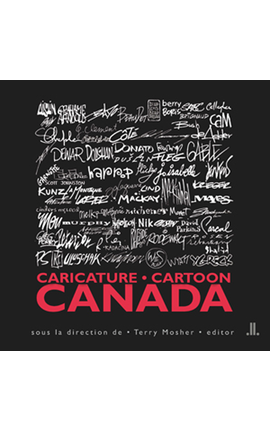 This title is now out of print.
Caricature Cartoon Canada is “the best of the best”: a brilliant collection of personal favourites from Canada’s best cartoonists, published in both official languages. In it, editor and legendary Montreal Gazette cartoonist Terry Mosher (Aislin) has provided notes on the history of Canadian cartooning and an unforgettable snapshot of contemporary Canadian concerns and attitudes – some quite controversial – illustrated through the wit and wisdom of the country’s premier cartoonists.