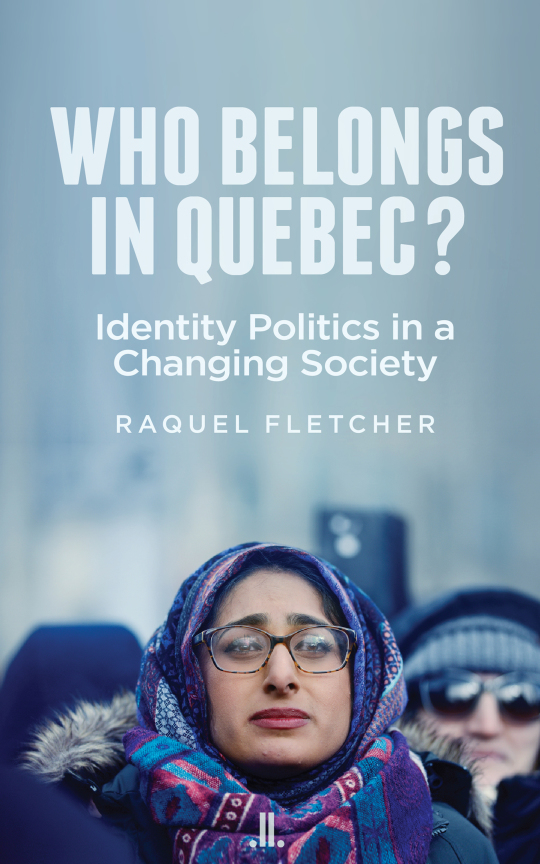 Raquel Fletcher is the Quebec National Assembly reporter for Global News. She was born in Regina, Saskatchewan, and is a graduate of the University of Regina School of Journalism. She is a world traveler, proud francophile, and dog lover. She lives in Quebec City. Author website: Yearoftheselfieblog.com

Who Belongs in Quebec? Identity Politics in a Changing Society by Raquel Fletcher, Québec National Assembly reporter for Global TV News, is at once a personal account of a prairie girl, a self-confessed, proud francophile “encountering” Québec (both the capital city and the province), and political reporting on the increasingly fraught identity politics here.

...The book is an account of very recent Québec politics in relation to identity issues with many footnotes, mostly cross-referencing media articles in English and sometimes in French. It is old-fashioned journalism in a positive sense and shows restraint.

...In late June 2020, as I write this review, the words systemic discrimination/systemic racism have acquired a whole new meaning and urgency after the killing of George Floyd and the resurgence of the Black Lives Matter movement and its impact in Canada. And yet, despite documented evidence, Québec Premier François Legault still denies the existence of systemic racism here.

...Written in straightforward language, with personal anecdotes that humanize the narrative, Who Belongs in Quebec is also the voice of a young Canadian woman on a key topic. This slim book is a useful introduction to very recent identity politics in Québec. Its impartial tone will make it palatable to many. Apart from serving the general reader, it can be a handy primer for newcomers to Québec.
Read more.
October 2020, Montreal Serai

Raquel Fletcher, the National Assembly reporter for Global News, has some critical questions for Quebec, the place she calls home since 2016. In her new book, Who Belongs in Quebec?, Raquel takes a look at identity politics in Quebec's national identity, posing the question "what does it mean to be a Quebecer?" Below, she talks a little about moving to Quebec City from Saskatchewan and the changing politics in her adopted province....

I don’t know why exactly, but it has always been my dream to live in Quebec. Something about living in a place where my children could grow up perfectly bilingual, where the winters were warmer than they are in the prairies, but where there is just as much snow. Or maybe it was something about the way it called itself a nation and fiercely protected its culture and arts sector. All of this appealed to this Francophile writer from Saskatchewan who desperately wanted to belong somewhere she could earn a living and work in a creative industry.

It might have taken me over a year to get my health card—the time it took to learn to navigate Quebec bureaucracy in my second language. When native Quebecers hear my accent, they still ask where I’m from. I might still look at them blankly when they talk about a famous Quebec personality I should know but have never heard of. And I admit I might have driven my new Quebec City friends crazy with all my questions about renting here (everyone moves on July 1?) or finding a family doctor (I felt like I’d won the lottery when I finally succeeded) or traveling to Montreal (obstacles include any number of things from ice storms to detours because of construction). I might have once squealed in delight the first time I saw one of those recycling machine that accept bottles and cans in a grocery store. I might not be from here originally, but I totally belong here.
Read more.
March 2020, All Lit Up