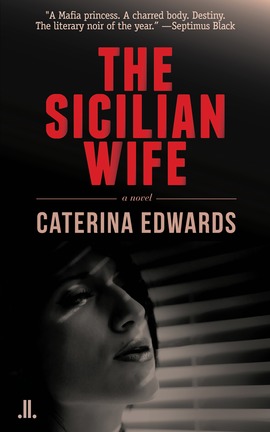 The Sicilian Wife is both a literary novel and a mystery. Fulvia, the Mafia Princess, must be a dutiful daughter or the family will be dishonoured. Though she eventually escapes and makes a new life in Canada, she is betrayed and then her husband is murdered on the Sicilian coast. The police Chief investigating the case is Marisa, who faces a station house of skeptical men as well as confronting Fulvia’s uncle, the boss of bosses.

Interweaving folk tales, classical allusions, and recent Italian history with the conventions of the detective story in this powerful new novel, Caterina Edwards uses the literary noir to question the very possibility of justice and free will.