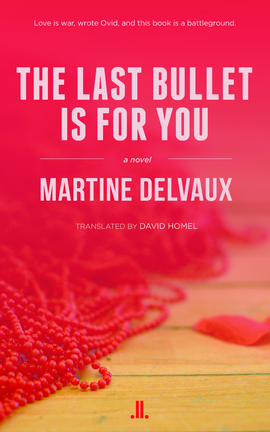 This title is now out of print.
By Grand Central Station I Sat Down and Wept is the title of Canadian writer Elizabeth Smart’s classic hymn to love, which novelist Angela Carter once described as being “like Madame Bovary blasted by lightning.” Later, Carter wrote privately to a friend, saying that she would hate any daughter of hers to have to write such a novel, adding, “By Grand Central Station I Tore Off his Balls would be more like it, I should hope.”

Martine Delvaux was born in Québec City and brought up in a francophone village in Ontario. Her most recent books in French are an essay on photographer Nan Goldin and another on Serial Girls from Barbie to Pussy Riot (forthcoming in translation from Between the Lines). Delvaux studied in the United States and England and now lives in Montreal, where she teaches women’s studies at Université du Québec à Montréal. White Out (translated by Katia Grubisic) was published by LLP in 2018.

David Homel is an award-winning novelist and translator. He has won the Governor General's Award twice for translation. He has also worked as a filmmaker, journalist, and teacher. His most recent book is his memoir, Lunging Into the Underbrush: A Life Lived Backward (LLP, 2021). He lives in Montreal.