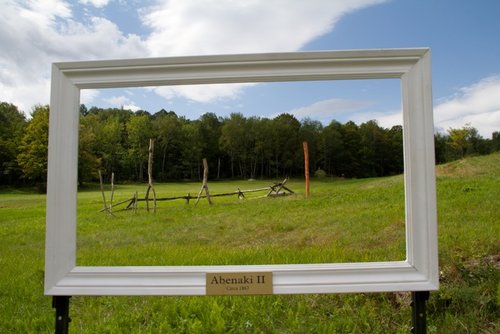 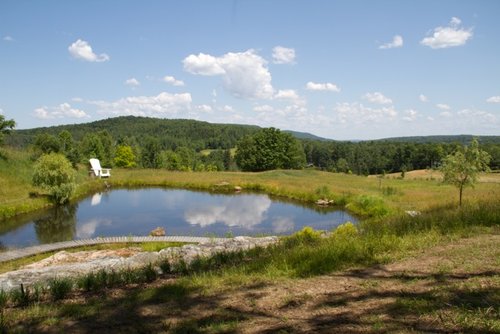 LL: Why have you called this show Land Marks?

PW: The exhibition focuses on the relationship between people and the land they live on. There’s a view on the Eastern Townships Autoroute that I use as a point of reference, to tell me that I’m almost at my destination. Each time I pass it, I know where I am, in time and in space. Separating the parts of the word changed the notion of “landmark” from something familiar and static to something active. It became a positive statement: land marks.

Which I believe is true. Land does mark the people who live on it, as much as people mark the land. The Eastern Townships had more open space a century ago when most of the land was farmed. Now, trees have grown up on old fields, and it isn’t hard to find barbed wire that has become part of a tree. Once I even came across a tree that had grown around a sap bucket used to make maple syrup. Glen Villa Gardens, the property we own at North Hatley, is full of historic marks. I look out my kitchen window at a stone wall that was part of an old summer cottage. Beyond that is the foundation wall of Glen Villa Inn, a grand resort hotel that burned to the ground in 1909 and gave the property its name. For me it is impossible to ignore these traces of the past. The walls and sap buckets and paths trampled in the woods are like ghosts – constant, haunting reminders of people who lived here before me.

LL: Does this show take further the work you have been doing at Glen Villa Gardens? Do you see it as a new departure?

PW: I think of Land Marks / Pays Sage as a departure because it uses photography, which is a new medium for me. But at heart it is an extension of the work I’ve been doing at Glen Villa for the last ten years. Shortly after we bought the property in 1996, I found some pieces of china from Glen Villa Inn which I used in a garden “room.” The idea grew to become a re-imagining of the hotel itself, with a bedroom, a dining room, a staircase to a second floor, and so on. I went on to develop other parts of the garden, highlighting aspects of our family’s history and the history of the people who lived here before us.

Adding photography gave me a new way to look at the relationship between people and the land. The mirrors I used in the piece Réflexions/Reflections, for example, put viewers directly among the trees. Seeing themselves there, from multiple points of view, opens the possibility that they will consider the impact their presence has. 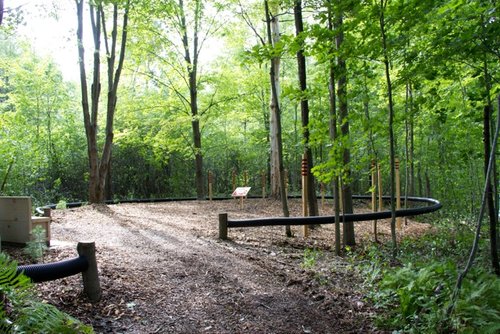 LL: One part of Land Marks is exhibited indoors in the library space, and other parts are outdoors, both at the Library and then out on the trails at Glen Villa Gardens. What are the connections between these?

PW: For me, the two venues form an integral whole. Photographs of the natural world represent only what we can see. Walking through the fields and woods allows us to experience the world through all our senses.

I also think that indoor and outdoor spaces have different qualities. Indoors, we are sheltered. Outdoors, we are physically exposed, and this makes us vulnerable, both physically and emotionally. This vulnerability can make us more sensitive to our surroundings or it can make us close ourselves off. I hope that walking the trails at Glen Villa Gardens makes people more engaged with their surroundings, more present in the moment, more aware.

LL: You quote the American writer and Landscape editor John Brinckerhoff Jackson as saying that "Landscape is history made visible." Is he one of the figures who matters in your career as an artist? In what ways?

PW: Jackson’s statement encapsulates an idea that I explore in my work. I am making history visible, whether that history is a display case showing things that people threw away or a walk in the woods that calls attention to the present.

Landscapes reflect the people who lived there. They aren’t natural; they are cultural constructs. Jackson was one of many writers and artists who helped me understand this.

Things found in the woods 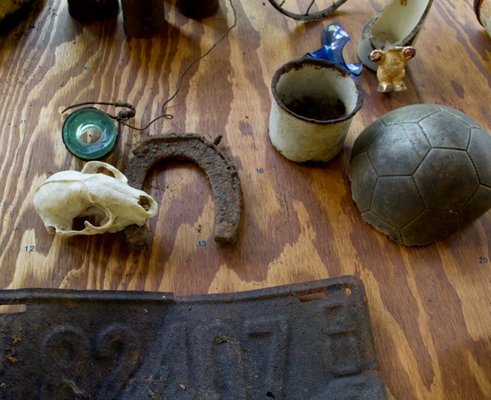 LL: How do the Abenaki people inspire your work as an artist?

PW: The Glen Villa site has a rich history. At the local record office I traced the ownership back to the first land grant from the Crown in 1860, but before that there was nothing. Yet obviously people had been here.

So I started to dig and discovered the Abenaki, the first people here. They camped regularly at Little Forks, where the Massawippi and St Francis Rivers meet, and nearby on the shores of Lake Memphremagog. They crossed the land, moving from their summer to their winter camps, and some of their paths became roads through the forests. Yet apart from their current settlements at Odanak and Bécancour, there is little trace of their long presence. Clearly, their history hadn’t been made visible, and I wanted to do that, to highlight both the presence – and the apparent absence – of these indigenous people.

LL: You have been quoted as saying that “Nature creates amazing art. What we need to do is see it.” How do you see yourself helping us to see nature?

PW: Adding something unexpected to a familiar landscape draws people’s attention to things they might otherwise not notice.

On the Abenaki Trail, I framed views to call attention to specific parts of Abenaki history. On the In Transit trail, the framed views show a woodland scene where there is nothing special to look at. But when you look attentively at “nothing special” you notice there actually is something there. Maybe it’s the texture of bark on a tree, maybe it is the curve of a limb. The ordinary becomes an object for aesthetic contemplation, which sets up a dialogue between direct experience and observation.

LL: The large wooden frames are among the first things you notice out at Glen Villa Gardens. You are clearly interested in making nature and history visible. At the same time, you take great care with language, and in some instances language, too, is visible. What is the role of language in your work?

PW: My family works with words, and I did an M.A. in creative writing at Concordia. I like word play; it engages my mind and makes me laugh.

Art communicates ideas. So do words. But words, spoken and written, are more familiar and direct. Using words to share ideas makes my art more accessible. It adds a level of meaning to the purely visual. It enriches it. The picture frames in the field have titles, and these words give viewers information they wouldn’t otherwise have.

But words themselves are visual elements. On the red signs along the In Transit trail words appear as run-together questions in English and French. I used a 10-point handwriting font that forces viewers to slow down, to focus on the words, to ask themselves the questions: where am I? am I here? am I here now? In both instances, the appearance as well as the meaning of the words is important.

LL: Your wooden figures stalking the ground remind me of organic reinterpretations of some work by Melvin Charney. How has his work marked you?

PW: About 20 years ago I heard Melvin Charney talk about the sculpture garden he created across from the Canadian Centre for Architecture. He mentioned the grand avenues of Paris and how Montreal lacked this architectural framing of important sites. He recounted how he had taken the views from the CCA and transformed them from the actual church or factory into an abstraction of church and factory as they came closer to the museum setting. I was struck then by how deeply he had thought about the elements that make up an urban landscape.

Later I saw his walking skyscrapers. They showed me a city that was alive and moving. His photo collages contrasting deliberately distorted trees and trees shaped by nature highlighted how much our environment is culturally determined. 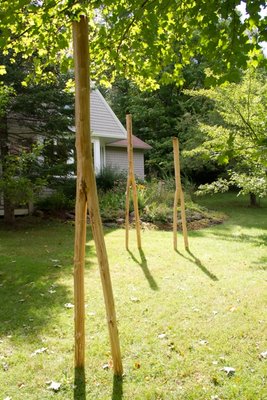 Much of what I do is about transformation: how an old blanket can become an art object, how a tree branch can become a person moving across the land. The large photo in the exhibition, L’Arbre qui danse, is my tribute to the man who helped me notice what the landscape offers. Standing among rows of young trees planted in straight lines, the old tree is full of life. It dances. Seeing it fills me with hope.

LL: In language, too, there is a sense of play — as for example in the translation into French of Land Marks as Pays Sage. That spirit of play with words seems to me entirely in keeping with the show.

PW: I have to thank Graham Fraser, the Commissioner of Official Languages, for the translation of the title. We were sitting on his veranda overlooking Lake Massawippi and I asked him and his wife Barbara Uteck if they had any suggestions for a translation. There was a brief pause – perhaps thirty seconds – before Graham came back with the phrase. I loved it. The word play, the sense that the land itself is wise, a parallel that added to the English meaning rather than translating it: it was love at first sound.

LL: Can you talk about what you are working on now?

PW: I’m discussing the possibility of mounting this show elsewhere, working on a video, and exploring some of the ideas from this show in other ways. How we see the world and how we picture ourselves in it has a powerful effect on our actions. I’m not an ecological artist but I do care about my environment. So I’m considering how my own work can make a difference. 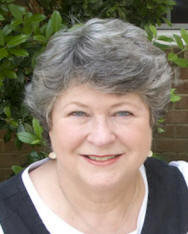 Further information and photographs are available on the Glen Villa website. The exhibition is open until 10 September 2011.

It’s 1974, a coup has just installed a repressive military regime in Ethiopia. A family of five undertakes to escape from Addis Ababa to Djibouti, cross the brutal Danakil Desert on foot. Beth Gebreyohannes, a young girl at the time, describes that grim, perilous journey. Betrayed by guides and robbed by bandits, lost in the desert without food or water, they are rescued finally by a trading caravan of nomadic Afar tribesmen, complete strangers who feed and guide them on to Djibouti.

This excerpt from Fire Walkers appears by kind permission of Mawenzi House. 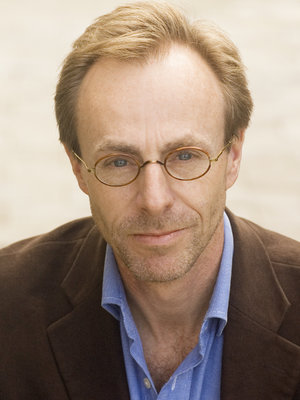 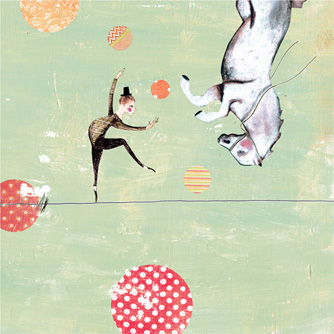