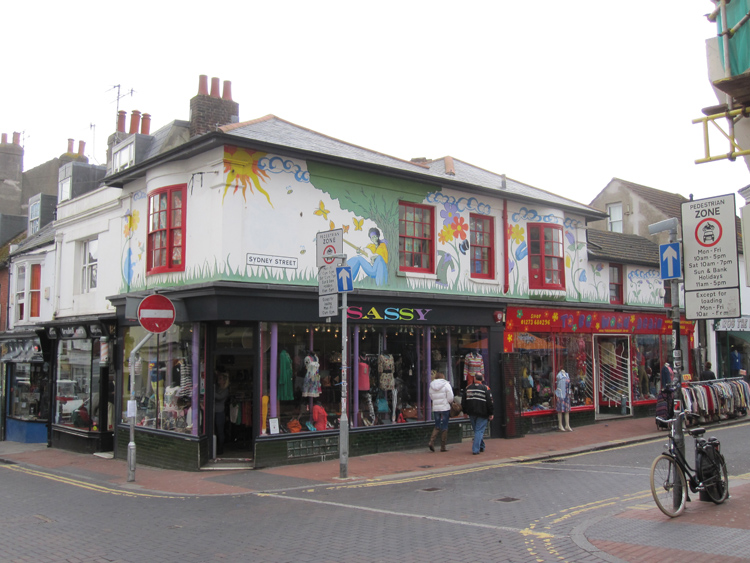 Brighton Pier is bold, downright crude, verging on the tawdry, closed circuit television, that ever-watchful eye, notwithstanding. The Pier is also a town market, a town fair, a grassless town park elongated and extending into the English Channel. People crowd all the streets in front of the tropically coloured B&B's and hotels, but assume a different gait on the Pier. In less of a hurry, they stop and start, for the destination has been reached and offers its pleasures for as long as it takes to enjoy them. If alternative cultures thrive in Bath, and surely they exist, they are not as publicly visible as those in Brighton.

Perhaps I was narrow in my focus but, sauntering along the streets of Bath, I noticed all the plaques on walls attesting to the fact that David Livingstone lived here, or Louis Bonaparte stayed there before he became Emperor Napoleon III. Jane Austen resided in several locations: for four years on Sydney Place, not remotely similar to Brighton’s Sydney Street, in a townhouse virtually a twin to the one I stayed in on Henrietta Street, a ten minute stroll away. I do not recall seeing a single tattoo parlour or shop that sold outfits only a Goth would wear. No doubt they exist in Bath, as do illicit drugs. Brighton, however, has earned the dubious distinction of being the drug capital of Great Britain.

I have scant interest in tattoos and drugs. The garishness and in-your-face, nervy wildness, illusory or real, clothing I would be too timid to wear, elaborate costume jewellery, all aroused delight, a stronger emotion than mere admiration. The Pier holding shops, kiosks, restaurants and carnival rides, holds up a great deal and perhaps like the old London Bridge could accommodate more. I stayed long enough in Bath, its elegant austerity relieved by the greener side of the city known as Widdicombe, but too briefly in Brighton. I am sorry to say that I didn’t buy a piece of the rock candy after which Greene named his novel, but I did walk under the Pier.

Just about every major city has its playground or amusement park. Brighton’s, however, pulses at the heart of the city, metaphorically speaking. It is simply there: not in the suburbs, not on the outskirts, not on an island, not in a shopping mall, not separated like Coney Island, but fully exposed almost in the heart of the city, the full Monty, so to speak, and it looks as if all roads lead to the Pier. It’s not Central Park or Hyde Park or Mont Royal, but a park of sorts where one parks one’s seriousness. It’s a gaudy protuberance extending the city over the waters. Buses from the cavernous train station take you directly there, although it’s more fun to walk. 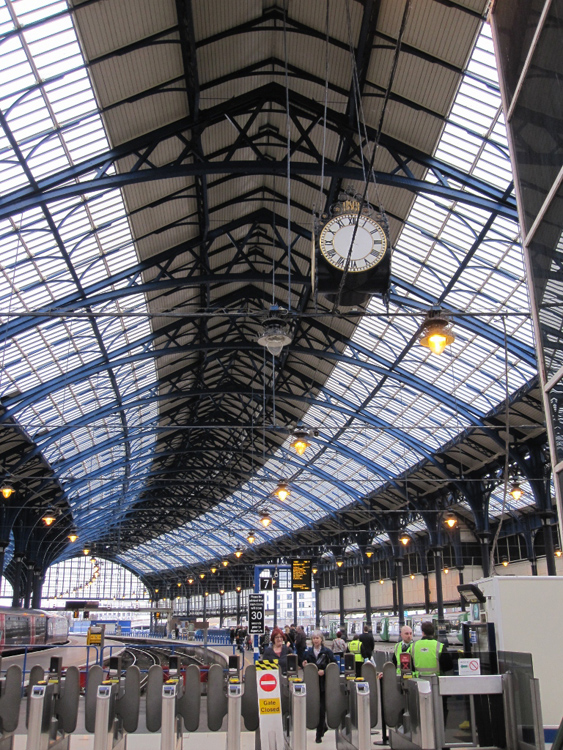 The Pier is as inseparable from Brighton as the Roman baths and Jane Austen’s Assembly rooms are from the city of Bath. Both attract visitors. The Roman baths are fascinating and they are indeed well worth the time. Besides, the baths of Bath are part of a museum, an ongoing archaeological dig: one is taught. There is a multi-levelled past to preserve. UNESCO has declared Bath to be a world heritage site. Such an honour, such a cultural burden and responsibility.

Curiously I was more aware of foreign tourists in Bath than I was on the Pier, where everyone seemed to speak in one English dialect or another. Perhaps it was still too early in the season for the onslaught of travellers, or perhaps, unlike Bath, Brighton Pier has nothing to teach a tourist. One can always ride a merry-go-round back home.

It’s absurd to compare the Pier, not to mention the giant Ferris wheel circling above the beach, to the gleaming perfection of the famous Assembly rooms in Bath, but absurdity is intrinsic to the Pier, so all comparisons are sublimely ludicrous. The ludic spirit with its revolutionary implications reigns supreme on the Brighton Pier, whereas one speaks in undertones and smiles in the Assembly room. Chandeliers and cameos forbid hilarity. We can be turned upside down and discombobulated on the Pier, but dance politely, if asked, if our card is not full, and fan our faces from the exertion in the Wedgwoodian rooms. Revolutions happen elsewhere, as indeed they did. In Bath at times I got the sense of being inside a display case, a tad stuffy. On the Brighton Pier I was jostled and jiggled and spun about in a tacky whirligig of sensation. Speaking of revolutions, the Grand Hotel in Brighton was the scene of a bomb attack against Margaret Thatcher and her cabinet in October, 1984. They had gathered for a political convention.

Eye-gripping paint of the carousel horses, fish and chips galore, roller coaster at the end of the Pier, fast food and candies, I was simultaneously attracted and repelled, an exciting combination. It is forbidden to dive or jump off the Pier, by the way. The posted warning reminds one of silly derring-do, tragic temptations, or drunken foolhardiness. The police are busy patrolling the underside to constrain wicked impulses, and successfully keep the upper reaches bright and breezy.

In the late afternoon black mounds of cumulous-nimbus clouds rolled over the cityscape to the beach. If Churchill had fun on the Pier (I have my doubts, given his social class and high seriousness, his wit notwithstanding), he might well have seen the approach of thunderous-looking clouds and been inspired to think of the gathering storm as a metaphoric title for one of his books. 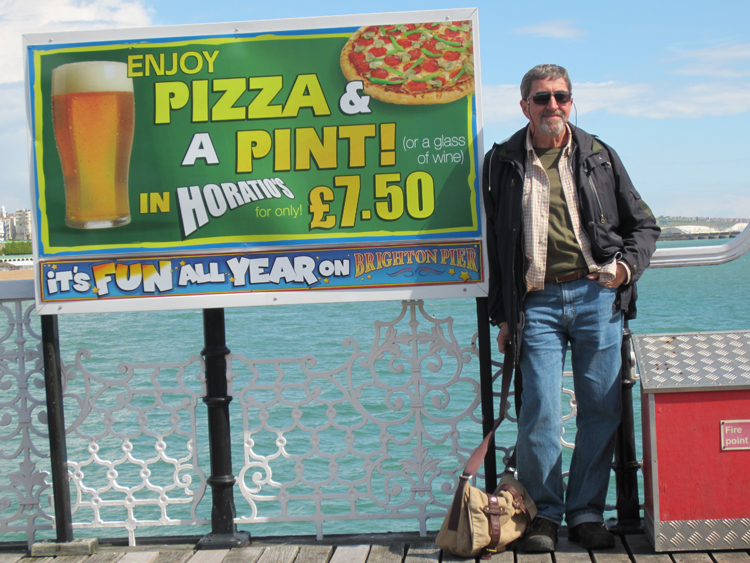 Fanie Demeule, author of Lightness, addresses a letter to French author Geneviève Brisac, who also wrote a novel (Petite, 1994) based on her teenage years with an eating disorder.