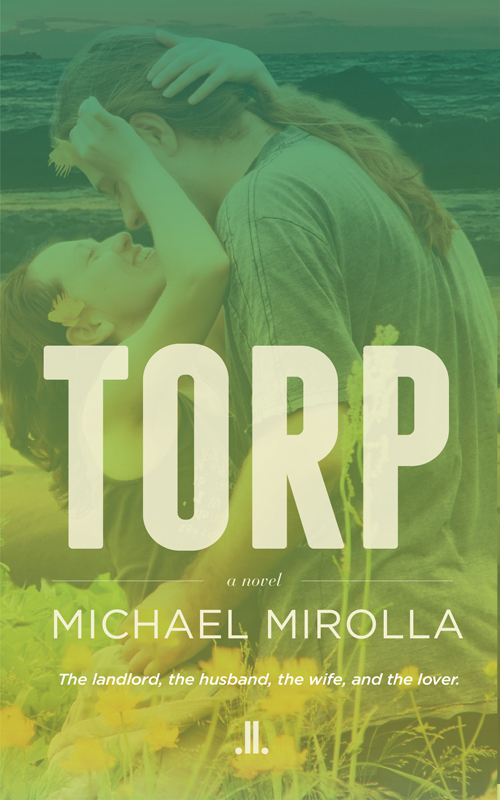 Michael, you’re an accomplished writer in several different genres—as a poet, a playwright, a short story writer, a novelist. How do you decide what genre you’ll write in next? Was it always clear to you that Torp would be a novel?

Most times, the decision is made for me. For poetry, it begins with an image, a feeling that’s unclear at first but which becomes more and more sharp and in focus as I put it down in words. Links come to me and shape themselves into some type of theme or motif. More often than not, the poem is part of an intended collection rather than a stand-alone. For me, the poem strips away connections, explanations. It goes – or should go – straight to the heart of the matter, as if one were creating a new object to fit into the world rather than a reflection or duplication of the world.

For short stories, what appears first is a situation backed up by a theme as shown through a character or set of characters. The situation is unique, a one-time thing. I knew immediately that Torp (not the original working title) was a novel. In this case, the “situation” was replaced by a narrative arc, a grouping of events and relationships, many of which I already had in mind when starting. I like to create the “spine” of the narrative and then hang the story on it, something like strands of narrative DNA. The original structure for Torp was very different from the final product. For example, the final alternating voice structure only came after several early attempts were discarded as being too one-sided. Also, the first few drafts had a large number of dream sequences (mostly Giulio’s), thus tilting the narrative into an unbalanced POV. The alternating POV allowed me to use a double “I” structure which I thought worked best for the novel.

One of the more unusual features of the novel is the amount of philosophy it incorporates. The main character, Giulio, is an academic who in 1970 has just been hired to teach philosophy at UBC. What role does philosophy play in the novel?

Aside from serving as the underlying reason for having Nicole and Giulio in Vancouver, philosophy acts as a type of guideline for the actions of the characters. Without it being intrusive or obvious, I wanted to use philosophical ideas (in particular Aristotelian ideas on ethics, morality, chance, free will) as a spotlight, a way of anchoring. Or a way of creating opposing actions. On a more mundane level, I also wanted to show how classical philosophical ideas are still of value in the modern world, even if only in their failure to capture the nuances of systems where tried-and-true dichotomies are no longer the only responses that humans may have when confronted with complex situations.

The novel takes several risks, one being the inclusion of philosophy and another of them being the importance of politics to the narrative. For those of us in Montreal, the War Measures Act always seems most relevant to Quebec, but you remind us of the crackdown across the country and specifically in Vancouver. How important is politics to this novel?

In truth, while there is some politics in the novel – and activist action that could be interpreted as political, its importance is over-shadowed by the intertwined relationships between and among the main characters – Nicole, Giulio, Torp, the landlord. In a way, the politics in the story is tangential, just like the application of the War Measures Act in Vancouver which was basically a ploy by the city’s mayor to rid himself of some hippies and draft dodgers.

You succeed brilliantly in weaving the political background in with the personal lives of the main characters—a stumbling block for many writers. Torp himself is a remarkable character, almost a mythic late 1960s counter-culture figure. Where does he come from?

I really don’t know where Torp comes from. I did meet many draft dodgers and even deserters during that period. But few of them were activists, preferring to keep a low profile for fear of being rounded up and shipped back to the States. In a way, I see Torp as the invention of Nicole and Giulio. The landlord sees Torp as the devil, the tempter, the one who creates friction and disharmony. Nicole and Giulio see him as someone who cements their relationship. Who is right?

I definitely didn’t write it as an “ambitious novel.” In a way, just like Nicole and Giulio, I was experimenting. I wanted to see what would happen, what the outcome would be. I hope it worked out.

Do you see Torp as a more mainstream novel than some of your earlier fiction? Do you see it as a new departure? Is this a breakout novel for you?

Torp is a less experimental novel than some of my previously published material. For instance, Berlin tells the story of a janitor in a mental facility who wakes up from a state of stasis when the Wall comes down and decides he needs to get “back” to Berlin (where he’s never been). Doctors examining the computer in his room find the tale of a professor invited to a conference in logic in Berlin. Once there, the professor undergoes a series of possible worlds/futures that essentially question what is real and what is imagined (the brain in a jar experiment). The Giulio Metaphysics III is a series of linked short stories all of which feature a character named Giulio who fights against and frees himself from his creator only to find himself in an existential fix with no solid foundations. The Facility tells the near-future tale of a facility where Mussolini is cloned and his execution is re-enacted over and over again.

Torp is a breakout novel of a sort for me because it is essentially realistic but deals with themes and ideas and relationships that are far more edgy than in my previous work. It’s also important for me because of its two-voice structure which forced me to become two-minded or two-spirited. And always, in the back of my mind, there’s the realization that, no matter how “realistic” and “naturalistic” a story may seem, it is in fact a piece of fiction, an example of the craft of writing, an attempt to connect words to things in the world. It is not a reflection of the world but rather its own world, something unto itself, something separate from the objects of the world. 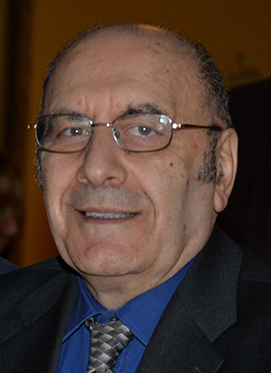 Born in Italy and raised in Montreal, Michael Mirolla is the award-winning author of the novel Berlin (2010 Bressani Prize); The Giulio Metaphysics III; and the poetry collection The House on 14th Avenue (2014 Bressani Prize).  His new novel is Torp (LLP, 2016). He lives in Oakville, Ontario.