The second volume of author and historian David A. Wilson’s timely biography of Thomas D’Arcy McGee is the Canadian volume. It starts in the spring of 1857, when McGee, aged 32 and living in New York, was invited by leading members of Montreal’s Irish community to start up a newspaper, run for office in the upcoming election, and represent Irish Catholic interests in the Canadian parliament.

This was a man whose enemies had been the English, the Protestants, and the Orange Order. McGee had been a republican revolutionary in Ireland in 1848-49 and then an ultraconservative Catholic in the early 1850s. (These chapters of his life are told in Volume 1, Thomas D'Arcy McGee, Volume 1, Passion, Reason, and Politics, 1825-1857, published in 2008.) “McGee believed – and continued to believe, right up to his death – that Ireland had the right to fight for its freedom and that Catholicism was the One True Faith.” He was, in other words, a man “acutely aware of the appeal of the absolute, since he had felt that appeal.”

Which is why no one, in the spring of 1857, could have foreseen the alliances he would forge with George Brown and the Reform Party, with Protestant politicians and members of the Orange Order, and eventually with John A. Macdonald himself. Some of these alliances eventually failed, and McGee succeeded in making powerful enemies in politics, in the Catholic Church, and within his own community.

As he fashioned a vision of Canada out of his experiences in Ireland and the United States, few could have imagined that that vision would be one of tolerance and open-mindedness. In his new life, Wilson writes, McGee continued to have extreme tendencies. “The difference was that these tendencies were now pressed into the service of moderation, as he attacked the Fenians with an intensity and passion that few of his co-religionists could reach or rival.”

It’s a gripping story, well told, with memorable characters and surprising twists and turns. For a reader who follows political developments in contemporary Canada, it’s a story that reminds us of how so many of the issues that we grapple with today were the subject of passionate battles 150 years ago. We don’t fight over separate schools for Catholics today, but the arguments for and against separate schools for Catholics in Ontario cannot help remind us of contemporary debates over diversity and the accommodation of immigrants. We don’t now cast racial slurs at Roman Catholics, as members of the Orange Order did in McGee’s day, but we do cast racial slurs at other recent immigrant groups who have ethnic and religious backgrounds different from our own.

If the names of the leading characters, their national origins, their beliefs, and the issues themselves have all changed, the substance of some of the mid-nineteenth century dramas that McGee was in the thick of have so much in common with the dramas we ourselves are living that Wilson is surely right to suggest that McGee has much to teach us today.

"As Canada has become a multicultural society, McGee’s attempt to balance core values with minority rights will probably assume increased importance, as will his insistence that immigrants and ethnic groups should not inject old hatreds into their new environment. In this respect, the legacy of 11 September, the rise of radical Islam, and the persistence of revolutionary elements in some of Canada’s ethnic groups is likely to call forth the McGee who took an uncompromising stand against militants within his own ethno-religious community, who challenged self-righteous political and religions certainties, and who argued for a broad, tolerant, decent, open-minded, and compassionate society in which people did not push others off the path."

Another development no one could have guessed at when McGee began his Canadian career was the hatred he would inspire among the Fenians and his assassination in April 1868. And no one could have imagined that his funeral in Montreal, on what would have been his 43rd birthday, would be the largest ever seen in British North America: "In bitterly cold weather, 15,000 people, from all walks of life, participated in the funeral parade, while 80,000 more lined the streets – this in a city with a population of around 105,000."

That’s an astonishing proportion of the population of Montreal. All the more astonishing when you consider the courage of the man in alienating narrow nationalists, princes of the Church, and much of the Protestant establishment of his day. What politician today risks so much? And who today can bring us together as McGee did?

Dennis Johnson of Melville House Books, who sees himself as an outsider, is critical of the mainstream of American publishing. He's one of the more original voices in contemporary publishing. 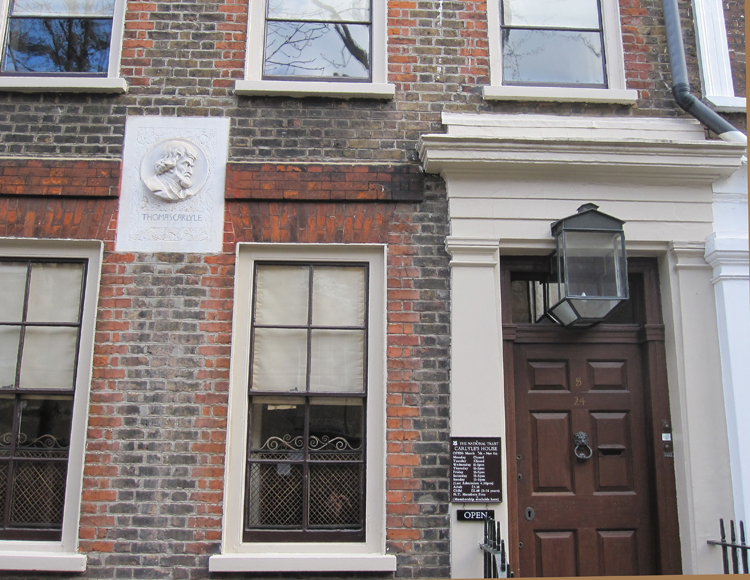