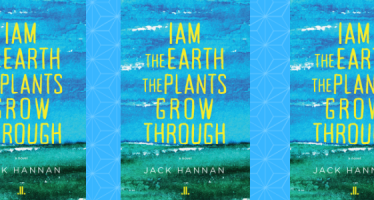 He is making her a believer. He kneels by the bed and draws Marie toward him with his hands. Later, while she’s dressing he says, Just stay, and she lingers for a little while longer, making the choice, though eventually she does leave. She can’t say for how long she will continue to leave like this. It has been eight, nine months, and she knows her future will be here, this is becoming her home—Though we need a bigger place. She has no one to talk to about how this sort of thing works, but time comes to help resolve the dilemma. They are together more often, and frequently now they go outside, sharing what pleases them.

Their friends begin to notice Marie and Tomas laughing on a street corner in the evening, sitting in a restaurant. The friends lean to each other, gossiping. Or they watch Marie and Tomas in a crowded room, maybe they are standing in separate groups but glancing over toward each other. People keep looking, and the attentive ones can see what they are looking at. Marie knows what they can see.

She has already changed her life, and her beliefs, though she has yet to say it out loud. But when does Tim begin to see, before or after Marie says the words? When she finally tells him, does he really just nod, Yes, huh, so I guess we’re both full of shit? How often are people that honest?

So it happens that at three a.m. on a cold morning in February, Marie Lextase lets herself into Tomas Heyerdahl’s small apartment. He wakes and goes sleepily to her, and just like that it’s done. She is standing inside the door. He takes off her coat and pulls it over his own shoulders. At first they don’t speak. She is crying softly but they are excited too. He tries to wrap them both in her coat together. The skin rejoices.

Suppose you are Timothée Villiers. You are a promising young artist, only in your thirties and your work is already becoming recognized in various cities across the country—you have a few famous friends in New York City, even in Vienna, an invitation from the Schiele school. You are a young man who has been married to an accomplished and attractive woman for about a year and a half. There was a great celebration at your wedding, so many friends dancing late into the night, drunk. Suppose now that you have a home with your wife and a loft studio for you and your friends, not too far from the university where you are a part-time professor. Your students like you and some of your students like you very much, as you do a few of them. You like some people inappropriately, that’s true, but you’re enjoying your life. Suppose that one Saturday afternoon your wife, who is a person with more depth of consciousness than you, bumps into an acquaintance on Mont-Royal Avenue where she has been shopping in a used bookstore. She hardly knows this person, he’s kind of a peripheral guy, yet after meeting him—and maybe it has something to do with meeting him the way she does, the freedom of being alone on a crowded sidewalk on a warm, relaxed afternoon—she slowly, or not so slowly but over a period of months, enters into an enraptured relationship with him. And she leaves you. Your wife divorces you. Are you surprised? Didn’t you notice the signs? Would you ask, What is my part in this? Does it matter?