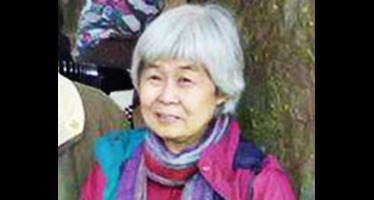 "The world is filled with unknown stories." -- Joy Kogawa, Gently to Nagasaki

The memoir opens with a simple, unembellished retelling of Kogawa’s family roots, the wartime events, and the declaration of the twenty-two thousand Japanese Canadians as “enemy aliens” in response to Japan’s attack on Pearl Harbor in 1941. The story both connects to what was described in a semiautobiographical way in Obasan through a set of fictional characters, and demarcates itself from that past imaginative world by abandoning the poetic style of the novel for a stark declaration of the collective trauma suffered by her community. Another important point of departure for Kogawa is the ironic coincidence that frames the day when the nuclear bomb was dropped on Hiroshima in 1945. August 6, the Feast of Transfiguration, one of the major feasts observed in Christianity, also becomes one of the darkest days humanity will remember. The Japanese word for “transfiguration,” through mysterious workings of language, also means “disfiguration,” and this duality of meaning, a paradoxical and incomprehensible merging of a sacred beginning and obliteration, becomes part of the many aporias that drive Kogawa’s narrative: a paradoxical simultaneity of being Canadian and non-Canadian during the wartime years, of being silenced but also compelled to speak, of being a victim and a perpetrator, of negotiating ambivalent truths and untruths.

In her narrative, Kogawa engages in a hermeneutic quest where she becomes a reader of her own earlier writing and the metafiction of her memories, past and present. She reflects on the question whether the absent mother in Obasan in fact signified the absent God and wonders at the stoic nature of her people: the Japanese Canadians who worked the beet fields of Alberta and the Japanese who heroically persevered in the aftermath of the events in Fukushima. If Kogawa translated and interpreted her own life experiences through the lens of her fictional worlds, as a writer, an activist, and a person, she in turn was also created by other stories and books. She traces the many influences that other people’s writing had both on her creative life and her personal worldview. Muriel Kitagawa’s This Is My Own had a seminal impact on Kogawa’s writing Obasan, especially in her shaping of the character of Aunt Emily. A journalist and a political activist, Kitagawa became a model of an unwavering truth-seeker and a strong voice in the landscape of political silence. Much later in her life, Kogawa attends the performance of A Nanking Winter by playwright Marjorie Chan, which also leads her to Iris Chang’s earlier book, The Rape of Nanking: The Forgotten Holocaust of World War II. This chance encounter changes her view of Japan’s history. The complex entanglements of history and imaginative literary worlds, the two-way trajectories between life and fiction, are part of the meaning-making and deeper understanding that shape this narrative journey.

Since the publication of her groundbreaking novel Obasan in 1981, Joy Kogawa has been associated with the voice of the Japanese-Canadian community and with breaking the silence about its plight as a result of the Dispersal Policy, forcible resettlement and internment during the Second World War. The novel was an important contribution to the movement of redress that resulted in the apology issued by the Mulroney government in 1988 and the historic Japanese-Canadian Redress Agreement, which acknowledged the social injustice suffered by Japanese Canadians.

For her contribution to the Japanese-Canadian community and Canadian democratic society she has been made a Member of both the Order of Canada and the Order of the Rising Sun.

This excerpt from "A Long Journey to Mercy: Joy Kogawa's Gently to Nagasaki," is from Confluences 2: Essays on the New Canadian Literature, edited by Nurjehan Aziz. It appears on Salon .ll.  by kind permission of Mawenzi House.