A Woman of Her Time: Memories of My Mother

The Girl Who Stole Everything

A Joy To Be Hidden 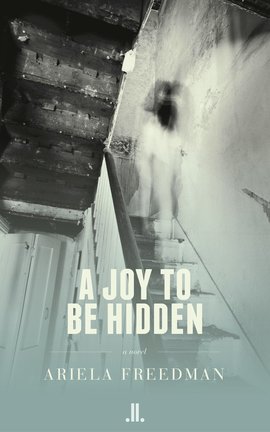 The romance of publishing is bringing writers and readers together. We find books that intrigue us, books we're sure will intrigue you, too--and then we introduce you to them, them to you.

Looking for a great read? You will meet your match on our Books page.
Want to get to know us better? Find out Who we are.
Have a great story to tell? Our Submissions page will guide you through the process.

We believe in the power of good writing, the urgency of diverse voices, and the magic of a persuasive imagination.

Salon .ll. is an internationally respected forum for comment on books and everything that books are about – right here on our website in both English and French.
[Photo_Founding Salon .ll. contributors Annabelle Moreau, Marie-Andrée Lamontagne, Annie Heminway, Ève Pariseau]

LLP keeps you updated with the latest on our books, our authors, translators, upcoming titles, author appearances, new Salon .ll. posts, and anything else we think you'll be interested in. Just another way to bring readers and writers together.
Pictured: Claremont author Wiebke von Carolsfeld at her Toronto launch, with filmmaker John Grey

Thank you for visiting our site. You're in the right place! Follow the links on cover images to find out more about a title that interests you. You'll find details of all LLP books here.

Wiebke von Carolsfeld is a German-born writer and filmmaker living in Montreal. She has directed three critically acclaimed feature films (Marion Bridge, STAY, The Saver), winning numerous awards, including Best First Feature at TIFF and Sudbury, Canada’s Top Ten, Best Screenplay from the Chlotrudis Society along with nominations from the Canadian Screen Awards, the DGC, the AIFF, and the WGC. She is a renowned feature film editor and has taught classes internationally on screenwriting, filmmaking, and the creative process. Claremont is her first novel. Cologne-based publisher Kiepenheuer & Witsch has secured the German and World rights for Claremont and are planning a 2021 publication date for the German edition.

Norman Ravvin’s books have won prizes in Alberta, Ontario, and Quebec. His novels include The Joyful Child, Café des Westens, and Lola by Night, which appeared in Serbian translation. His story collection Sex, Skyscrapers, and Standard Yiddish won the Ontario Arts Council K. M. Hunter Prize, and his travel essays are collected in Hidden Canada: An Intimate Travelogue. He has traveled many times to Poland, to his family’s prewar home and across the country, and this experience informs his writing. He lives in Montreal.

Born in 1970, Phillip Ernest grew up in Northern Ontario. Fleeing home at the age of fifteen, he lived on Toronto’s skid row until he was twenty-eight. He learned Sanskrit from the book Teach Yourself Sanskrit, and later earned a BA in South Asian Studies from the University of Toronto and a PhD in Sanskrit from Cambridge University, with a dissertation on the Sanskrit epic Mahabharata. Marrying a woman from Pune, India, in 2006, he lived in that city until 2016, working first in the Bhandarkar Oriental Research Institute, then as a writer and editor at Dilip Oak Academy. His first novel, The Vetala, was published in 2018. The Far Himalaya, based largely on his own personal story, is his second novel with LLP. He lives with his wife in Bengaluru, India.

Ariela Freedman was born in Brooklyn and has lived in Jerusalem, New York, Calgary, London, and Montreal. She has a Ph.D. from New York University and teaches literature at Concordia’s Liberal Arts College in Montreal, where she lives with her family. Her first novel, Arabic for Beginners (LLP, 2017), was shortlisted for the QWF Concordia University First Book Prize and is the Winner of the 2018 J. I. Segal Prize for Fiction. A Joy to be Hidden, her second novel, was nominated for a QWF Paragraphe Prize for Fiction in October 2019. As D.W. Winnicott said: "It is a joy to be hidden, and a disaster not to be found."

Linda Leith Publishing is situated on land which has long served as a site of meeting and exchange amongst Indigenous peoples, including the Haudenosaunee and Anishinabeg nations.
We honour and respect the diverse Indigenous peoples connected to this territory on which we gather and work.