Canada’s new literary festivals now include not only the Knowlton WordFest in the Eastern Townships of Quebec but also the Imagination Festival http://imagination.morrin.org/en/ in Quebec City itself, another small festival with extraordinary appeal to both writers and festivaliers (which is a rather more elegant word than festival-goers, n’est-ce pas?).

Imagination takes place at the magnificent Morrin Centre on Chaussée des Écossais, which is managed by the formidable Literary and Historical Society of Quebec – the “Lit & His” – which dates from 1924 and is the oldest learned society in Canada and indeed the first created outside the UK (you can hear the CBC Ideas broadcast here. Now lovingly restored, the heritage building was home to Canada’s first gaol (1808-1868) and then to Morrin College (1862-1902), Quebec City's first English-language institute of higher education.

Timed to coincide with the French-language Salon international du livre de Québec, the Imagination Festival has lined up support from Canadian Heritage, the Canada Council for the Arts, local English bookseller La Maison anglaise, Quebec Writers’ Federation, and other sponsors, it’s fair to say they’re on their way. You'll find more on the programming here, Imagination is a festival with a future. 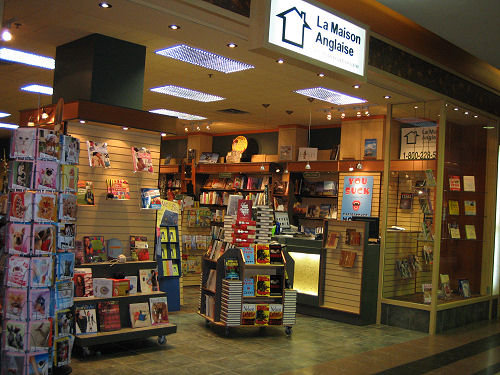 And hurrah for that. I loved my stay in Quebec City, where I had a splendid view downriver from the 22nd floor of Loews Hotel le Concorde. The more our lives as writers and readers are spent online, the more we appreciate what the literary festival – of whatever size – has to offer: not only personal contact with other writers and readers, but also friendliness, warmth, and the kind of intimacy that conversations about good books bring out in people who love reading.

When the festival is small, these priceless qualities are all the more concentrated. And when a superb setting is added to the mix – as in both Knowlton and Quebec City – the small festival becomes irresistible.